Living with a build-your-own DVR 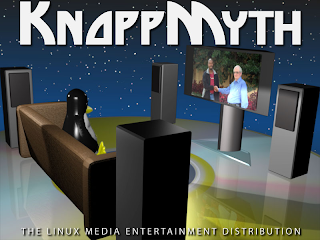 Back in elementary school, I remember entertaining myself by mentally recounting the complete prime time schedule. Tuning out tedious teaching, I finally recalled exactly what aired opposite Fantasy Island.

Bored elementary kids certainly aren’t doing that today. With countless cable channels, it’s impossible to remember what’s on TV. Or watch it all.

Multiply that by TV scheduling that produces time-slot matchups like “Grey’s Anatomy vs. CSI” and it’s clear catching your favorite shows requires effort, like programming the VCR. Alas, challenging VCR programming has spawned approximately 10,839,276.005 punchlines since the machines became popular in the 1980s. Punchlines that generated laughs, because who hasn’t tried taping the Oscars, only to wind up with a basketball game? Or the other way around.

To insure seeing every single slam-dunk or soap-opera sizzler, many folks have switched to more user-friendly DVR’s—digital video recorders, like the TiVo. The drawback: price, including the subscription service that makes most DVR’s functional. For example, TiVo’s web site sells a DVR capable of recording 80 hours of programming for 100 bucks. A one-year service agreement adds 15-plus bucks a month. For that many smackeroos, it would be cheaper to hire underemployed actors to recreate the episodes of Medium you missed.

Yet, if you’re a cheapskate and/or the kind of person who finds fixing computers fun, you can build your own DVR, which doesn’t require a subscription. My husband built ours during Christmas 2005, using computer components lying around the house. I affectionately call it Frankenivo, after the monster Dr. Frankenstein cobbled together from spare parts, then cinematically brought to life with electricity.

What my geeky sweetie built was technically a MythTV. He did it by stripping down his old computer, installing the Linux operating system, putting it in a black box that fit in our entertainment center, then muttering incantations from several thick computer programming books.

At first, when we tried crazy things, like changing the channel, the balky computer would crash. Then “Frankenivo” would display a screen reading KnoppMyth, showing the cute Linux penguin “Tux” watching television, and subtly mocking me. Any time I saw that screen, I knew I wouldn’t be watching a recorded episode of my favorite program, the E! “reality” show The Girls Next Door. You don’t know how frustrating it is to have a new installment of the Playboy Mansion adventures of Hugh Hefner, 80 and his three live-in girlfriends (Holly 27, Bridget 33, and Kendra, 21), only to be stymied by modern technology.

After all, Hef is like Mr. Roarke on Fantasy Island, magically fulfilling wishes. The girls just make a request, like a new red Porsche, and poof, one appears! Magic! Magic powered by hot and cold flowing money, and the Mansion’s 70 person staff.

In contrast, my sweetie prefers geeky science-fiction like Doctor Who and Buffy the Vampire Slayer.

Of course, there have been MythTV problems. Frankenivo overheated last year, completely cooking his motherboard. Sweetie claims it happened because of the extreme dust clogging the ventilation fans. I think the recorded episode about the girls’ Playboy pictorial simply overheated the poor thing.

When Frankenivo is functional, sweetie is primarily interested in seeing if the fast forward and rewind buttons are programmed where I would expect to find them on the remote. MythTV can require configuring the remote control yourself. Dwell on this before undertaking the project.

You’d think with the effort going into TV watching at our house, we’ve got some flat-screen, high-definition, digitally-enhanced, thinner-than-Nicole-Richie television. Um, not unless you consider a vintage 27-inch color TV to be cutting edge.

I suppose I should be grateful we aren’t living in the early 20th century, when my sweetie would’ve doubtlessly been down in a basement laboratory, inventing the electric can opener—sending up puffs of smoke, Grandpa Munster style.

As our MythTV recordings clearly show, my husband is more sci-fi oriented than me. Yet, I wonder what preternatural power keeps three glamorous gals with aging Hef. Is a man with that much money really magical? Maybe.

The Girls Next Door website claims that inside the Playboy Mansion, “There’s a full-time staff of people in a control room taping and TiVo-ing better versions of old movies, documentaries, history programs, etc.”